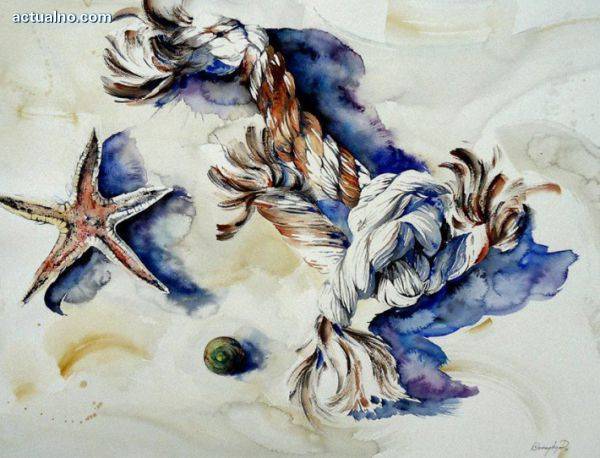 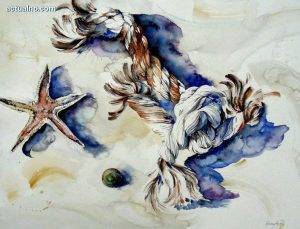 On March 19, at 18.30 at the ART MARKONI Gallery in Varna, an exhibition of watercolors by Clementina Mancheva and Ivan Dodov “ADAJIO and ALLEGRO for AQUA COLOR” will be opened.

Klementina Mancheva was born in 1982 in the town of Yambol. In 2001 he graduated fine arts at Yambol High School “Vasil Levski”. Between 2001 and 2007 she graduated as Bachelor in Fashion Design and Master in Graphic and Spatial Design at NBU Sofia. In 2012, he decided to devote himself to painting, preferring watercolor as a means of expression. In her creative biography, the joint exhibition with the great Bulgarian watercolor Ivan Dodov at the Absinthe Gallery (Sofia), the joint exhibition on the project “I begin, you graduate”, initiated by Assoc. Prof. Kiril Bozhkov in the Bulgaria Gallery, Sofia, participation in an airplane and exhibition on the island of Thassos and a solo exhibition at the Window Gallery (Amsterdam), the Netherlands. 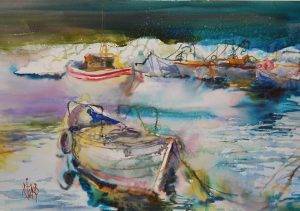 Ivan Dodov was born in Sofia in 1960. He graduated from the National Academy of Arts in Sofia in 1986 with a degree in “Art and Space Design” in the class of Prof. Georgi Petrov.

The power of its watercolors is the ability to sense the peculiarities of the natural seasons and to find the corresponding color combinations in places mystically engaging in the depths of the golden autumn, others that chill us in the icy shades of the horizon and the sharp silhouettes of the bare branches and outlines of buildings.

I think that Ivan and Clementina have felt the pros of their duet endeavor, said Vanya Markova of Art Markoni Gallery. After the sumptuous pouring of Ivan Dodov’s watercolors, the look needs rest. The countless shades of gray in the background of the works of Clementina have exactly that focusing feature that not only allows the colorful basket baskets, lanterns, windows, boats, and so on. to emit a phosphorescent, but also to break the hegemony of multigaming. return to the previous work is enough to reveal the details of the Dodov watercolors. As in a musical work in which the rapid and moderate pace changes, as well as in the watercolors of Clementina and Ivan adajio and allegro, we are drawn into our beautifully crafted beauty.